Husband finds his wife and daughter dead in luxury pool 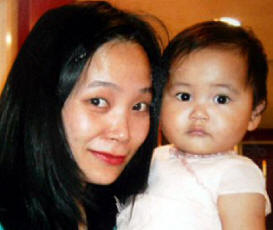 If ever there was a plea for adults to learn to swim, this is it.

A BUSINESSMAN found his wife and toddler daughter drowned in a swimming pool at a company headquarters where he was finalising details of a new job. Vinh Nguyen had left wife Annie, 33, and 21-month-old daughter Summer to look around the grounds as he met one of the development firm’s bosses for a chat.

The plan was for them to enjoy an informal swim in the heated indoor pool after Mr Nguyen, 37, had completed details of his new job as a land manager. But to his horror he reached the pool to find his wife and daughter face down and unconscious in the water in their swimming gear in the -middle uf the pool. Mr Nguyen and Mr Tom Waldon, a director of the firm, rang for an ambulance.

They attempted resuscitation but paramedics pronounced mother and baby dead at the scene. Police and the Health and Safety Executive were yesterday investigating the tragedy at the headquarters of Land-Marque Sites Ltd in Studley, Warwickshire on Saturday.

One theory was that the little girl fell in and the mother, who like the child, could not swim, jumped in to try to save her. Annie was 5ft lin tall and her family have been told by police that the pool was 5ft 6in deep at the centre. 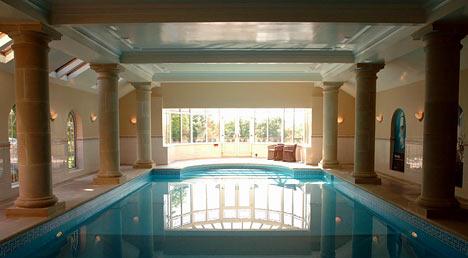